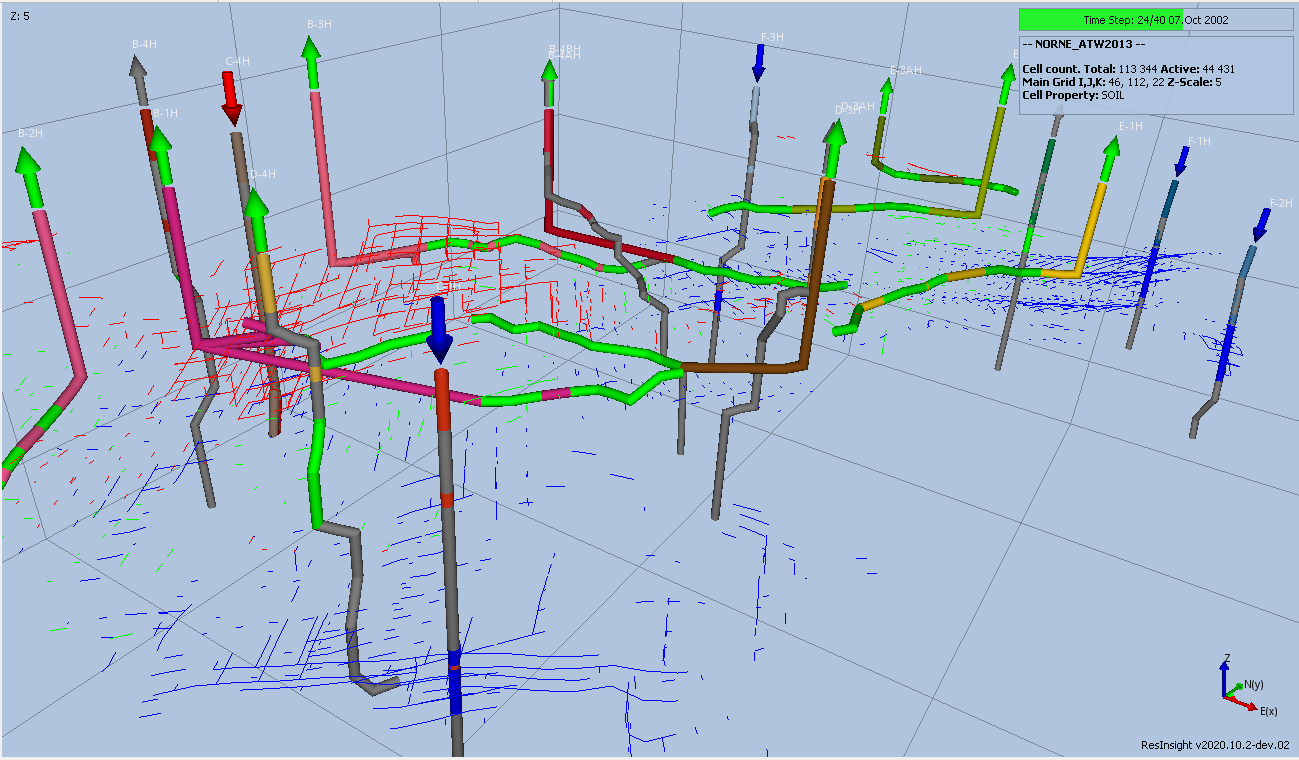 Streamlines lets the user investigate the flow of different phases through a reservoar. It allows for selecting both an individual phase or a combination of phases colored by the dominant phase or velocity. The visualization and animation of streamlines requires the Eclipse properties FLRGASI/J/K FLRWATI/J/K FLROILI/J/K.

To display streamlines, select a time step and check the Streamlines checkbox in Project Tree. 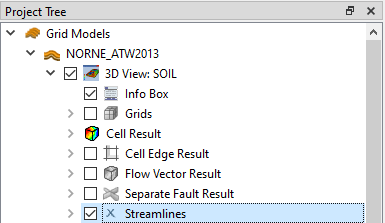 The display and animation of streamlines is controlled by the Property Editor. 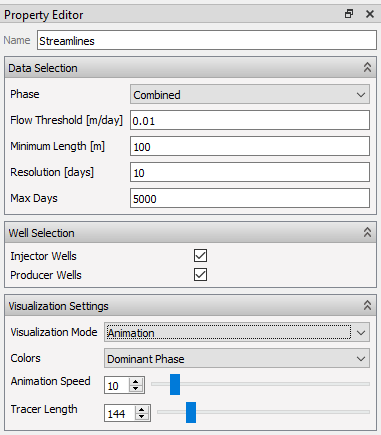 The following groups of settings control the content, display and animation of streamlines:

Streamlines are generated by starting in open injector well cells and tracing out through the face with the largest flow rate (in m/day) into the next cell and so on. If flow rates above the given threshold exists for multiple cell faces, additional trace branches are spawned off for those faces. The distance between each point added to a trace is controlled by the resolution, as $ distance = rate * resolution $. The trace ends when either: