An ensemble is a group of cases that are tightly coupled, only a set of ensemble input parameters differ between cases. This makes it relevant to perform calculations and statistics analysis on ensembles.

There are several ways to import an ensemble:

Ensembles are plotted in the summary plot the same way as ordinary summary curves. Create a new summary plot using the summary plot editor. Imported ensembles will appear in a separate group in the list of summary cases. When an ensemble is selected, a new curve set is created and plotted as multiple summary curves. By default all curves in an ensemble curve set will have the same color. The coloring mode may be edited in the curve set’s property editor in the project plot tree view. Two coloring modes are available:

If the number of curves in a curve set is sufficient, ResInsight will calculate statistics for the curve set. The following statistics curves may be displayed:

Statistics curves may be toggled on or off in the curve set’s property editor. 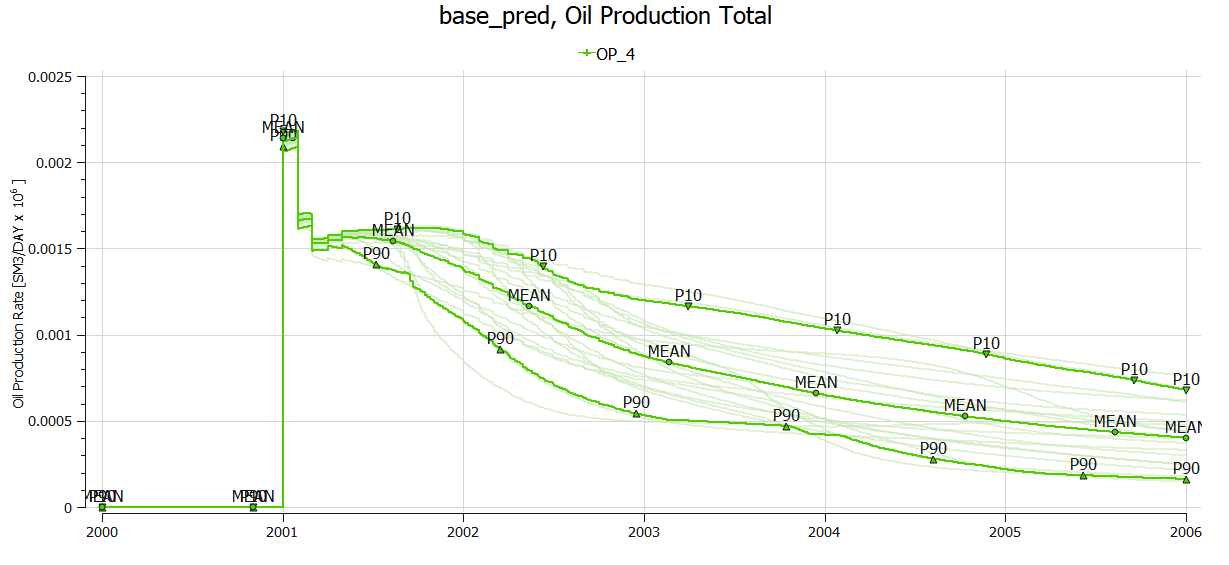 A new ensemble can be created based on calculations on two or more ensembles. Such an ensemble is called an Delta Ensemble. A delta ensemble will contain data which are either the sum or difference between two other ensembles. An existing delta ensemble may be input to a new delta ensemble, making it possible to, for instance, add more than two ensembles.

To create a delta ensemble, select two existing ensembles in Plot Project Tree, then right-click and select New Delta Ensemble. A new delta ensemble is created with the two selected ensembles as input and a default arithmetic operator. In the property for the delta ensemble, both input ensembles and operator can be modified. Checking Match On Parameters ensures strict match on ensemble parameters. In addition, it is possible to specify a fixed time step to be used in delta computation, see Delta Summary Case for an example. 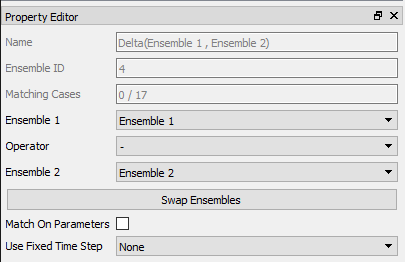 If the two input ensembles differs in which cases they consist of, ResInsight will display a warning and let the user decide whether to create the delta ensemble or not.